Posted on May 4, 2013 by Webmaster for the greatest websites in the world 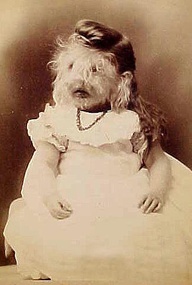 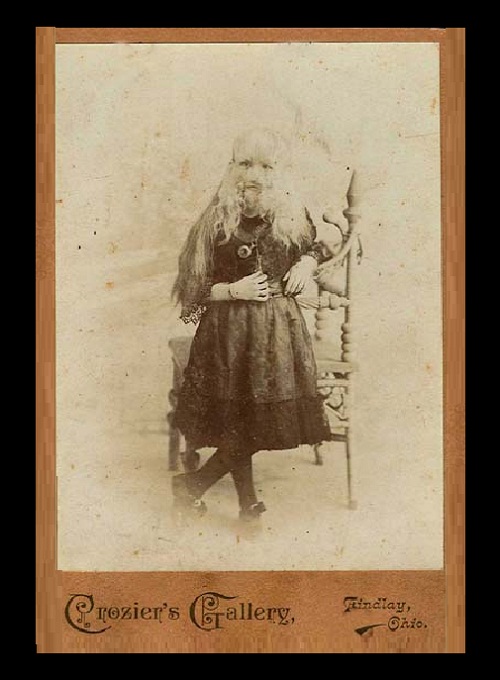 Born in Minneapolis on March 14, 1887, Alice Doherty had a rare condition called “dog-faced” hypertrichosis. She had normal parents and siblings. Alice was put on exhibition as a freak when she was just two years old. Her face and body were covered with several inches of thick hair, similar to Fedor Jeftichew, “Jo Jo the Dog Faced Boy”, and Stephan Bilgraski, “Lionel the Lion-faced Man”, who had the same condition. However, unlike her male counterparts Alice had blonde hair. Alice toured with Professor Weller’s One-Man Band from the time she was five years old being exhibited in storefronts and other small venues. In 1915, Alice retired in Dallas, Texas until here death in 1933. 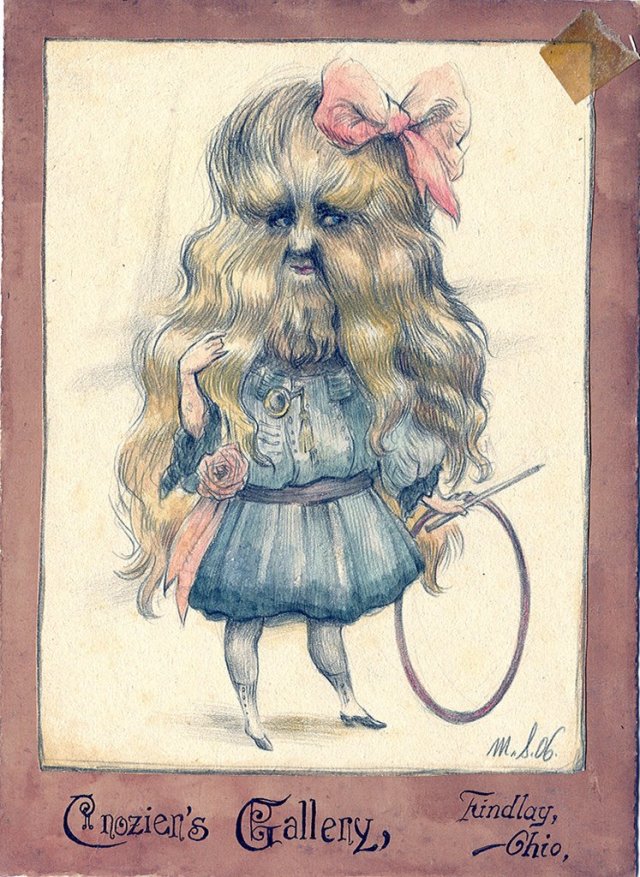